RI Star Shines on the Voice

Sarah Potenza is a 34-year-old singer/songwriter hailing from Smithfield, Rhode Island. Before her career, Sarah attended Rhode Island College studying music. In 2003, Sarah began her career after moving to Chicago, with the formation of her band, Sarah & the Tall Boys. Soon after their formation, Sarah & the Tall Boys became a regular highlight on the local club and bar scene. After a very successful nine years in Chicago, Sarah and her husband, Ian Crossman, moved to Nashville to help Sarah build her music career.

Currently, Sarah is a contestant on NBC's hit show "The Voice," making her national debut. After a stunning audition and amazing performances, Potenza has successfully worked her way into the Top 20 on Team Blake. 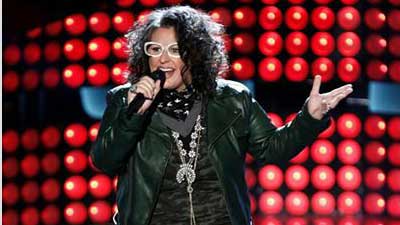 Learn more about NBC's "The Voice" by clicking here.

Joe is a graduate student at Johnson & Wales University (JWU), studying marketing. After his work in marketing with Celebrity Cruises he continued his undergraduate education and began working at the Providence Warwick Convention & Visitors Bureau. Upon graduation in August 2016, Joe continuing his education at JWU pursuing a Master of Science degree in finance and is hoping to go back into the marketing sector of the cruise industry. His interests include cruising, blogging, running and creative design. He hopes to travel the world one cruise at a time.