A Story of Innovators, Industrialists, Intellectuals and the Irrepressible
Providence is and always was a place for the fiercely independent. The visionary leader Roger Williams established the city in 1636 as a haven for freedom of conscience, where all people could practice their own religious beliefs, a place where they were not merely tolerated, but enjoyed the right of true equality. Freedom of thought reigned, which opened the way for freedom of action.

The economy boomed as the city grew into a great seaport in the 18th century and an industrial powerhouse in the 19th and early 20th centuries. Leading schools, libraries, art clubs and literary societies were established and the arts flourished. But boom times were followed by economic and social busts.

This tour was researched and written by John Tschirch, architectural historian, writer and photographer (johnstories.com).

Providence Personalities: The East Side

Intelligent, irrepressible, and occasionally irascible, learn more about the people that made... Learn More ›

A timeline of landmark East Side events beginning in 1636. Learn More ›

Some of Providence’s greatest assets are its vibrant, thriving neighborhoods. Each neighborhood has... Learn More ›

Download a printable pdf of the map or use the below virtual map. 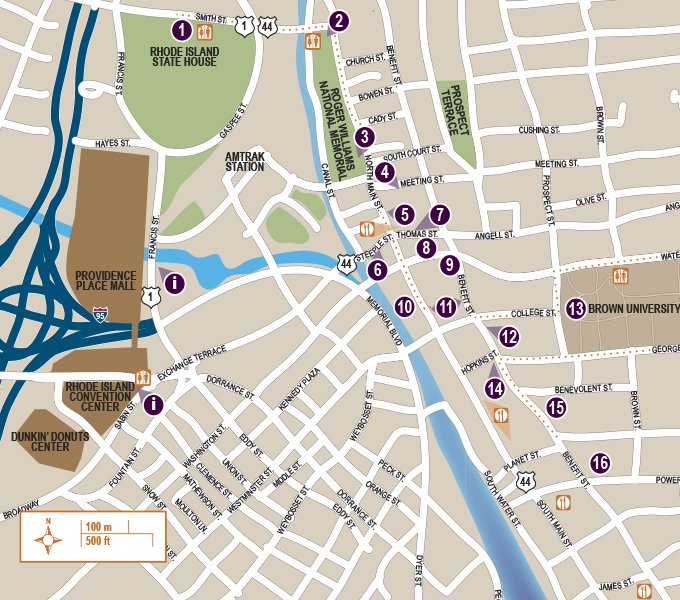