Stories of Immigration and Activism in a Global Neighborhood
Beyond Interstate 95 lies Providence’s West Side. A bridge arching over the interstate takes you into the city of immigrants and strivers, of industrialists in Broadway mansions and mill workers in cramped triple-deckers.

The Colonial town, built on shipping and the slave trade, huddled along the Providence River. By the early 19th century, textile mills had changed the economy, the result of Eli Whitney’s cotton gin and Samuel Slater’s industrial espionage. The turn of the century saw massive global migrations, and many nationalities contributed to the life of the multilingual city. Today the West Side is a dynamic community, home to those native-born and immigrant, coming from every corner of our country and our planet to build a better life in Providence.

Walk the West Side and see the city of the Irish famine and French Canadian mill workers, the Italian diaspora and Armenian refuge, and the new city being built in one of the most diverse communities in America.

This tour was researched and written by Taylor M. Polites.*

View an interactive map of the walking tour with descriptions and photos of each stop. Learn More ›

Providence Personalities: The West Side

Learn more about the people who helped make the West Side the culture-rich neighborhood it is today. Learn More ›

West Side Waves of Immigration

Today’s immigrants arrive under an immigration program designed by Congress and enacted in 1965. The... Learn More ›

Dining on the West Side/Federal Hill

Providence's Federal Hill neighborhood has been hailed as "One of the Five Best Little Italys in the... Learn More › 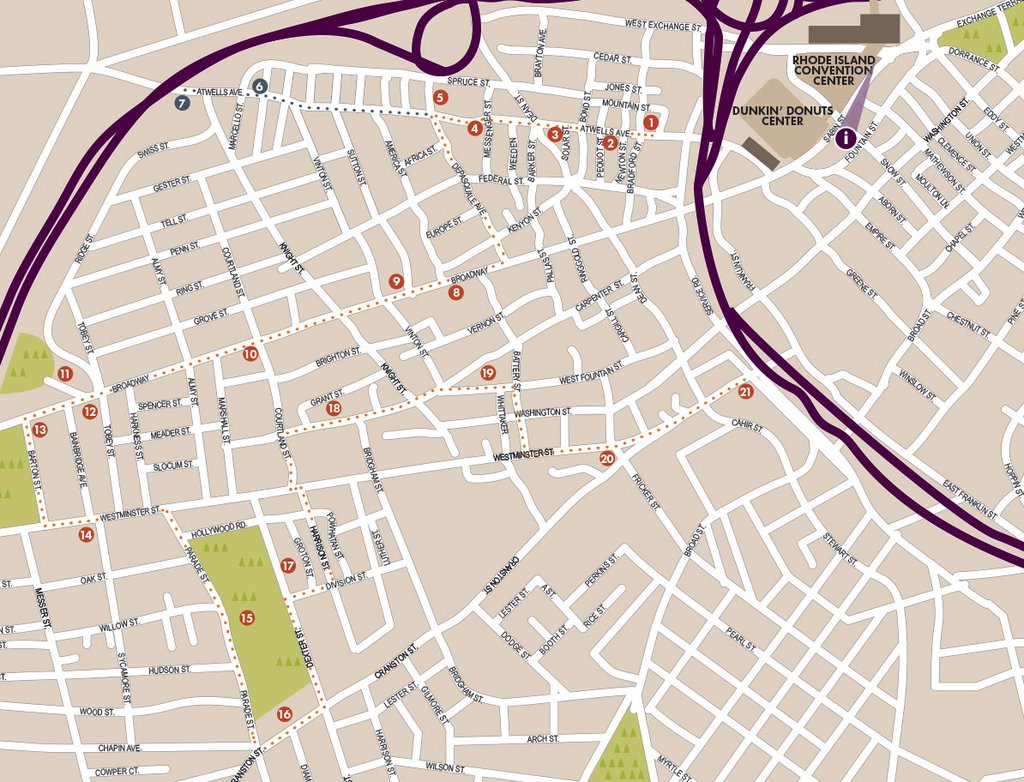 *Taylor M. Polites is a writer and researcher living in Providence, Rhode Island, with his small chihuahua Clovis. His first novel, "The Rebel Wife," was published by Simon & Schuster in February 2012. His work has appeared in Knitting Yarns: Writers on Knitting (W.W. Norton, November 2013) and "Providence Noir" (Akashic Books), as well as in local and regional arts and news publications. He teaches at the Rhode Island School of Design and in the Wilkes University Creative Writing Master of Fine Arts program.